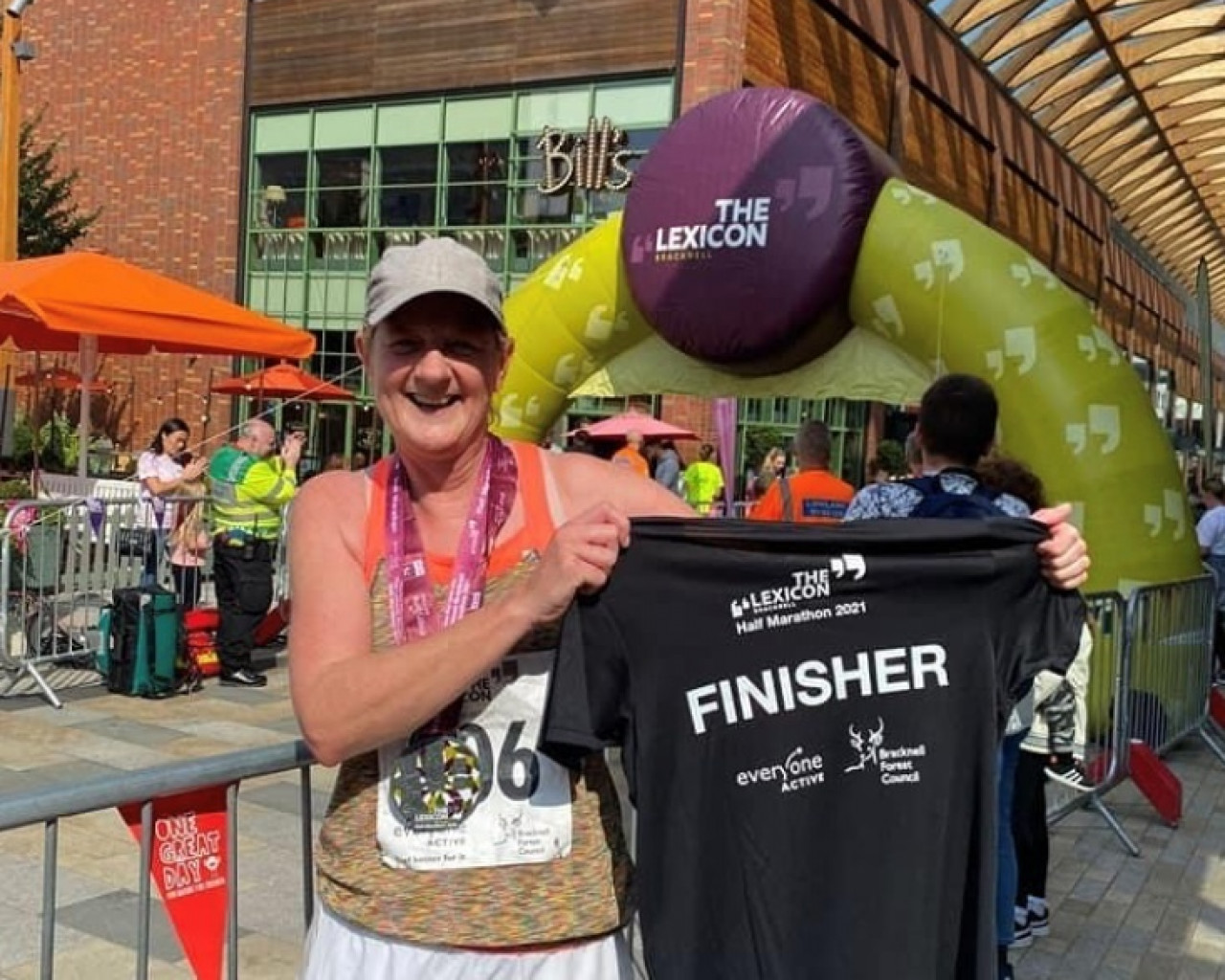 We’d like to say a big congratulations to Amanda for completing the Bracknell Half Marathon in September! Amanda has so far raised £2441 for the Devon Partnership Trust Charity, and has thanked the TALKWORKS team for the care provided to her daughter.

Amanda’s daughter was a victim of a serious sexual assault which greatly impacted her University studying. TALKWORKS helped by providing talking therapy, and then referred Amanda’s daughter on for Eye Movement Desensitisation and Reprocessing (EMDR) therapy. Her daughter is now back at university, sleeping better, able to concentrate and functioning again following the help she received. As a way of saying thank you, Amanda decided to run the half marathon and raise money for the Devon Partnership NHS Trust’s charity that provided this invaluable support.

When reflecting on the race, Amanda said: “The start of the race was through the town centre and I was delighted to see that so many spectators came out to cheer the runners on, which was a real boost. Miles 8 to 10 were very hard indeed, but I was magnificently supported by my family and friends on foot and on bikes as they continued to pop up regularly along the course and cheer me on. The last mile was all uphill which felt extremely difficult as I was very tired by that point, but turning once again in to the town for the last 750 meters, saw the crowds swell, the sun come out and the all-important finish line coming towards me – thank goodness for that! It was such a long way, but the training I put in paid dividends and the huge amount of money I raised for a charity so close to our hearts was worth it all."

If you’d like to support Amanda’s fundraising efforts, you can donate via her JustGiving Page.

LB shares how TALKWORKS has made a difference to her life

How do I talk about LGBTQI+ mental health issues?